The Hako came with the factory optioned A/C installed but that quickly proved itself worthless. Driving through the scorching summer heat also made the car run a bit hot anytime the speeds exceeded 60mph. With plans to get the air conditioning up and running again, the overheating would only become worse, so swapping of cooling system parts begun.

Starting with a cheap thermostat replacement, the project eventually led to a complete overhaul.
I had an interesting saga finding the correct offset fan clutch, which wasted a few months, but eventually everything was sorted.

The car has been running at the perfect temperature ever since. I only wish I got everything together faster so I could have registered for the track event at the Skyline Festival this past weekend. She will definitely be ready for the A/C repair once summer rolls around again. 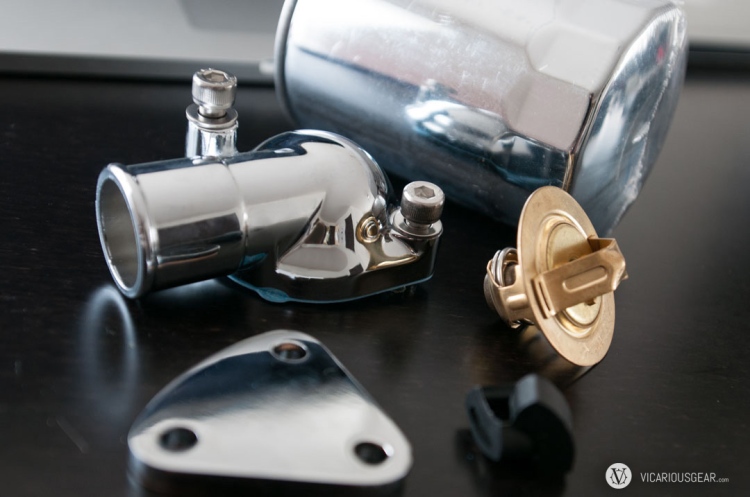 First up was a 71℃ thermostat since that was the cheapest and most simple thing to replace. Unfortunately that didn’t solve the issue.

New plastic fan and fan clutch to replace the original metal fan. It took a while to find the correct piece in Japan for a normal price. This made the car run a bit better but not quite as well as I wanted.

I purchased an aluminum radiator to replace the original copper item. The fan shroud tabs were in the wrong orientation so I had to do some fabrication.

After marking the cuts and breaking out the jigsaw, I was able to bend the mounting tabs to accept a normal fan shroud.

The original fan shroud is in a rough state so I will make an aluminum sheetmetal replacement at a later date. 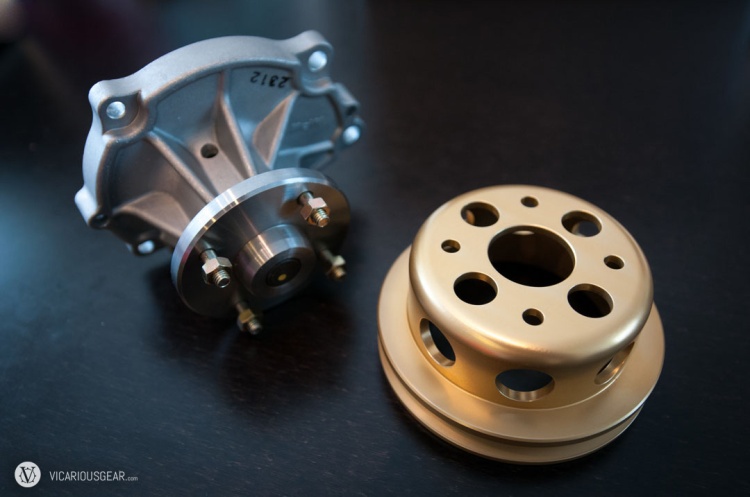 While the radiator was off, it was a good time to change out the water pump and pulley since I didn’t know the history of the one already in there.

All the bits and pieces installed plus new silicone radiator hoses. She seems to be running well without the fan shroud for now.

The old Aisin water pump turned out to be fine. So, I’ll clean up the mounting surface and keep it as a spare for cross country trips.