Our first sightseeing stop in Taipei was the Chiang Kai-shek Memorial Hall. We passed it in a cab the night before but didn’t really know what to expect when actually viewing it since I had only looked up a few images online. Apparently, we picked a great time to visit (other than the unbearable heat from the sun beating down on us) because there were very few visitors there and no swarms of tourists dropped off from large buses.

The grounds of the Memorial Hall Square were pretty much immaculate, with all the gardens well manicured and most of the paint looking fresh. White concrete and marble really glows under the light at mid day and made for a nice contrast with the sky and industrial hues surrounding the area. Overall, the level of maintenance and cleanliness was quite a surprise considering what I have grown accustomed to seeing when visiting the mainland. If not for the scorching heat and our limited time with a clear forecast, I’m sure we would have spent more time enjoying the gardens and exploring the secondary exhibition hall.

A quick look up at southern entry gate where the taxi dropped us off.

The monument was nicely framed. 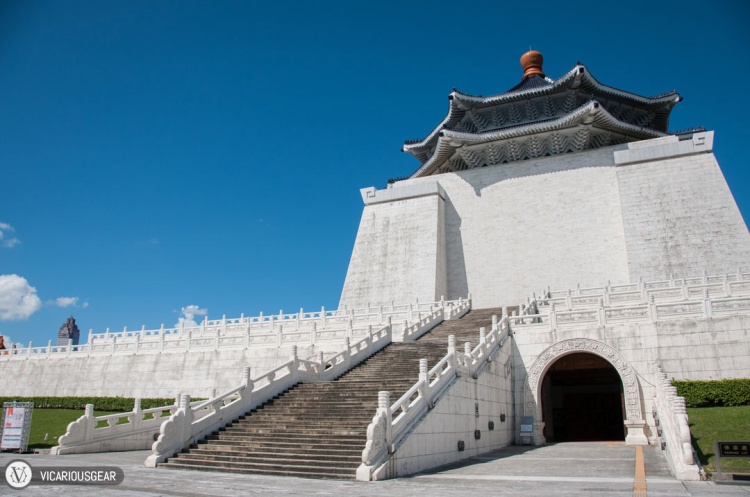 The barren southern wall was glowing brightly in the sun. 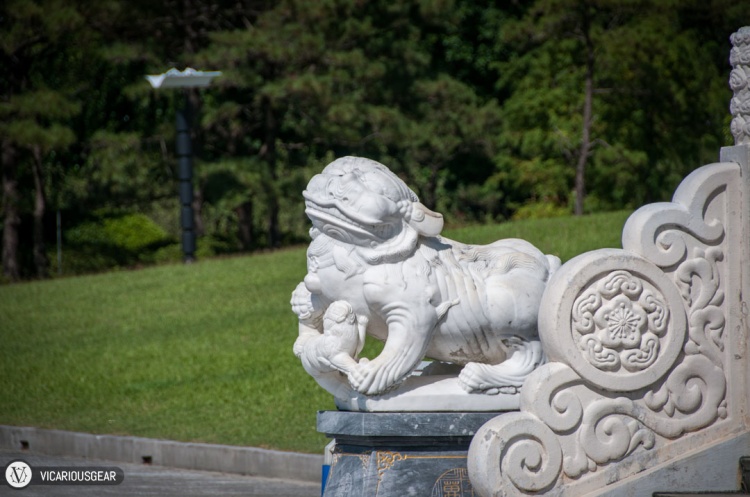 We made our way around and were greeted by traditional lion statues guarding each side of the staircase. 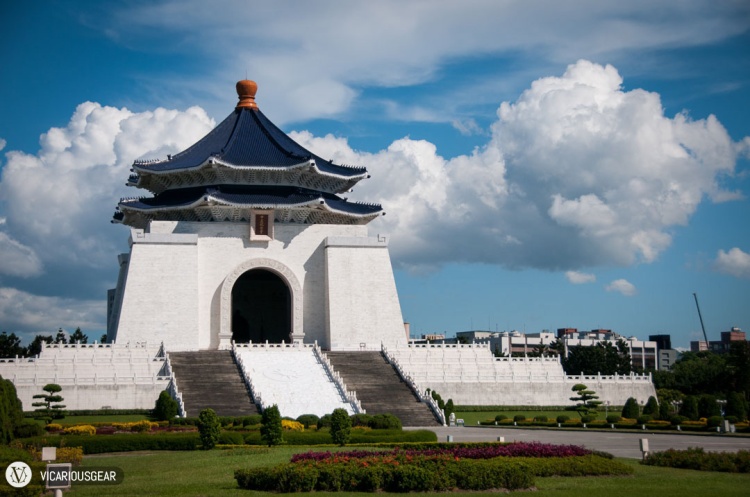 Somehow, we dodged all the huge tour groups.

Cloud details at the center of the two main staircases.

After reaching the top of the stairs, you could turn around and take in the view of the courtyard and the well manicured gardens. 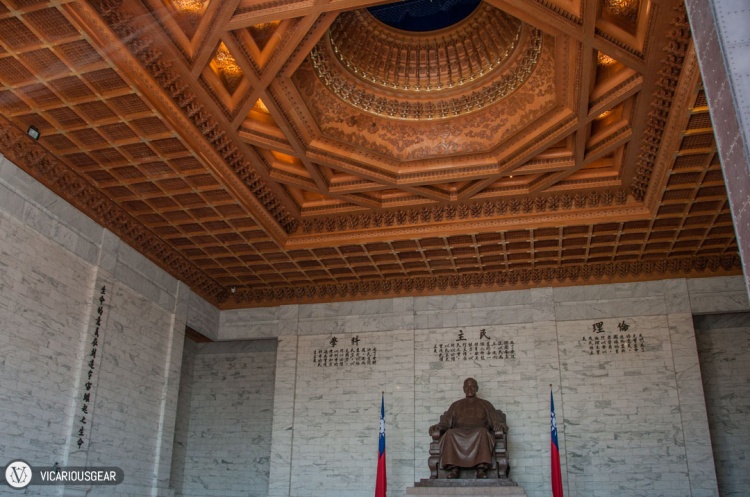 Upon entry of the memorial itself, you are greeted by a giant bronze likeness of Chaing Kai-Shek.

Above him was this very intricate ceiling with the symbol of the Order of Blue Sky and White Sun in the central dome.

Which in turn was surrounded by nice wood details 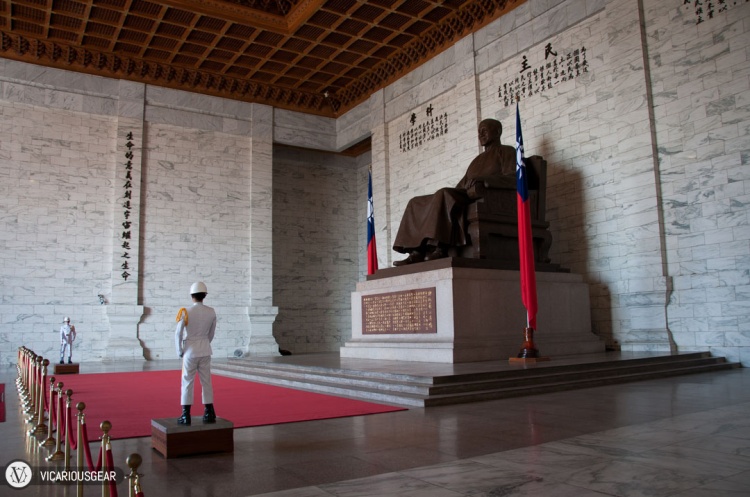 Directly in front of the statue are two guards that stand absolutely still for an hour straight.

Without batting an eye…

Their skill and devotion was impressive. 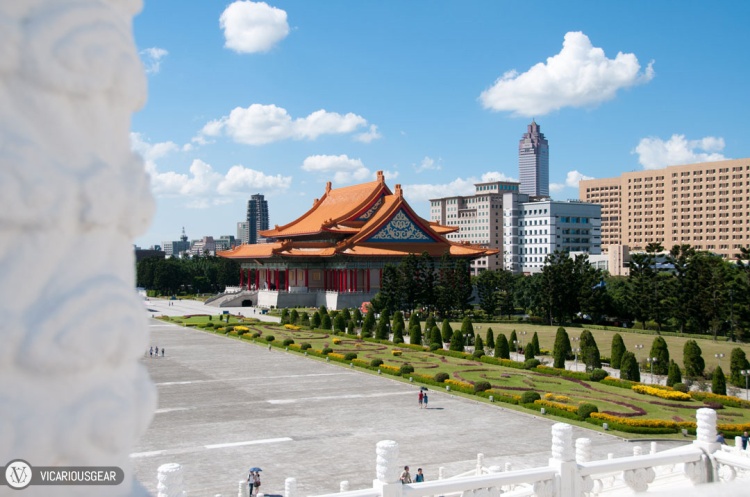 The National Concert Hall stands out amongst the modern backdrop.

The main gate located on the western side of the Memorial Hall Square.

Although there weren’t that many tourists that day, we were accompanied by a flock of birds. 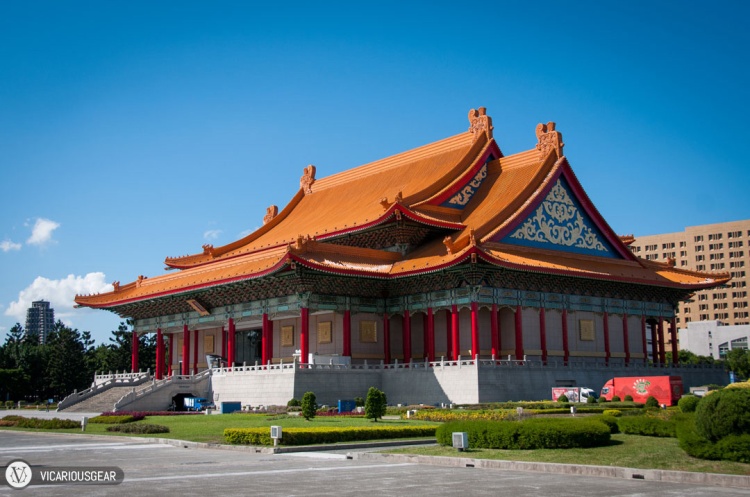 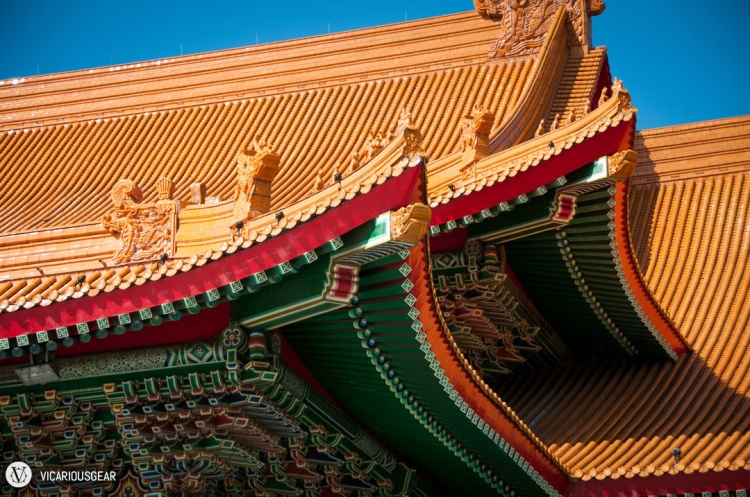 Details under the golden roof of the National Concert Hall. 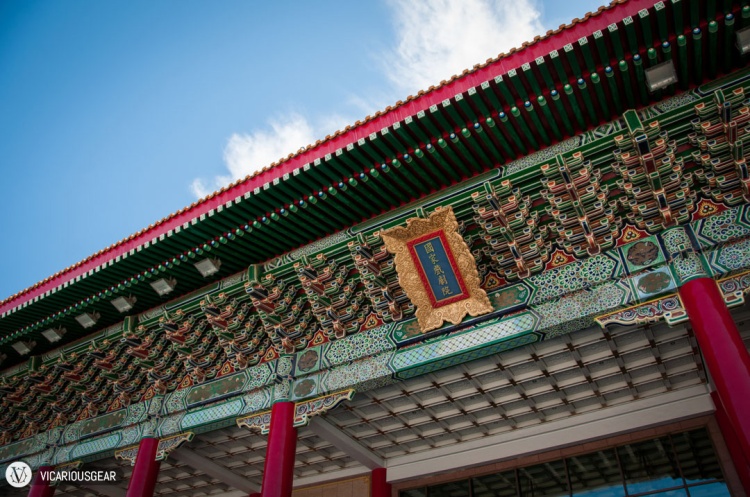 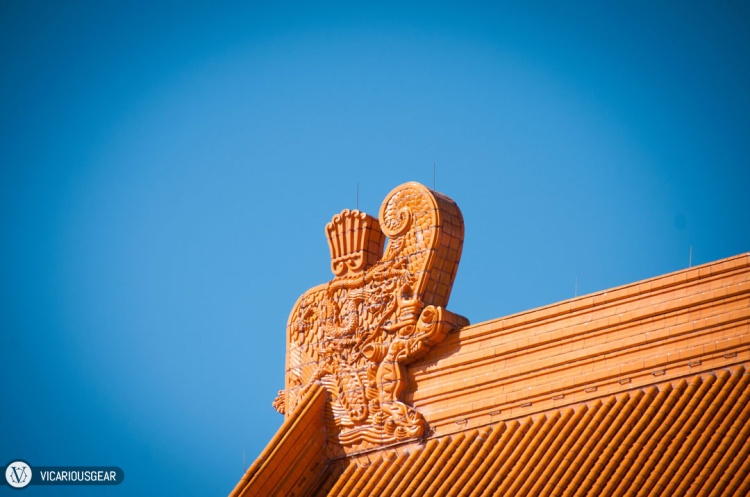 For some reason this crest reminded me of Rolex. 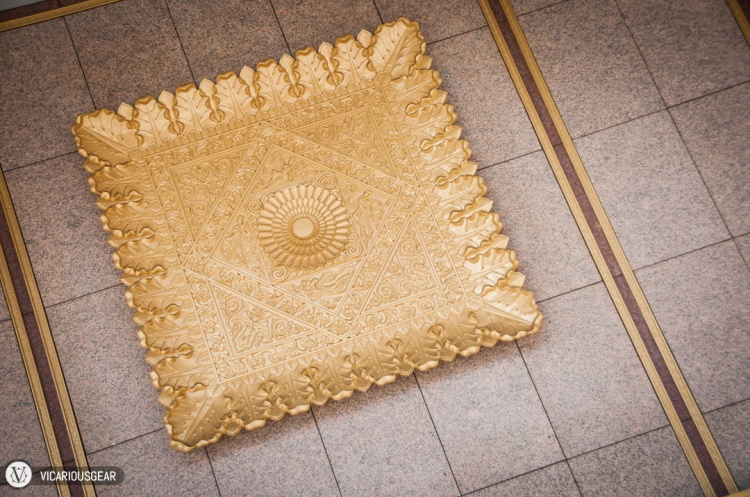 Decorative panels on the walls of both the National Theatre and National Concert Hall.

A quick peek back at the Memorial Hall 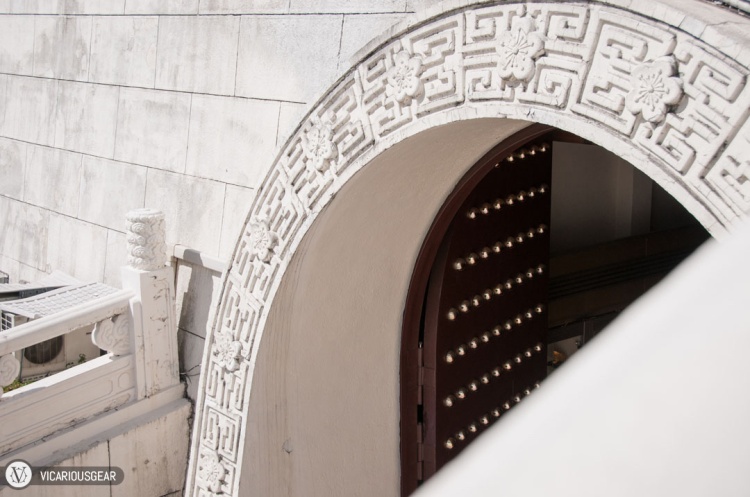 The roof tiling of the outer walls wasn’t quite as well kept as the three main halls.